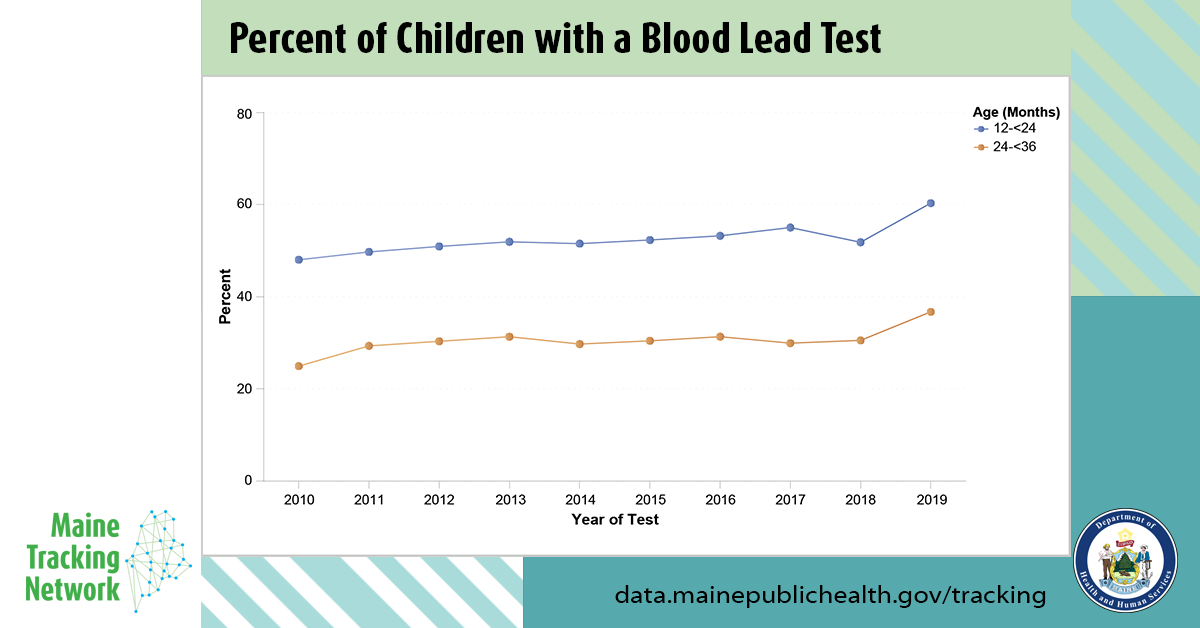 County- and town-level maps on the Maine Tracking Network help visualize geographic differences in blood lead testing. For example, in Washington County, providers tested nearly all 1-year-olds for lead poisoning compared to only 43% of 1-year-olds in Sagadahoc County.

The Importance of Confirmation Testing

Universal blood lead testing at the ages when children are most at risk for lead poisoning is an important first step in protecting children from the effects of exposure to lead, but many children require additional confirmatory testing to receive public health services. Initial blood lead tests are often capillary, or ‘finger prick’ tests, which are more prone to contamination. When an initial capillary test result is found to be elevated (above 5 ug/dL), it must be confirmed with a more reliable venous test. Maine CDC’s Childhood Lead Poisoning Prevention Unit can only provide services to identify and remove sources of a child’s lead exposure when providers confirm elevated capillary tests with venous tests.

In 2019, there were nearly 150 children with an elevated capillary blood lead test result who did not receive a timely confirmatory venous blood lead test. With the newly available data on the Maine Tracking Network, users can explore data for the state, counties, and towns about how many children had unconfirmed blood lead tests and were not able to access free lead investigation services from Maine CDC. As children catch up on well child visits missed due to the COVID-19 pandemic, it is important for families and providers to test all 1- and 2-year-olds for lead poisoning and confirm any capillary results of 5 ug/dL or higher.